The Exmoor White Horse Inn is proud to be working with the international travel trade as it joins The English National Park Experience Collection, telling the stories of our landscapes and their people. We aim to ensure that this beautiful area that we are fortunate enough to live and work in is promoted far afield for many more tourists to come and enjoy. #NationalParkExperiences #DiscoverEngland #Exmoor @NPExperiences The Exmoor White Horse Inn has been successful in applying to be one of the experiences in The English National Park Experience Collection. This brand new collection of bookable experiences tells the stories of our iconic National Parks and their people. And based more » 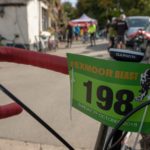 The Exmoor Beast – of the 2 wheeled variety!

The Beast of Exmoor Returns!!! Not Really! Well this one does, in reality, but on two wheels. The annual Exmoor Beast bike ride took place on Sunday 7th October with The Exmoor White Horse Inn used as a feeder station. The Exmoor Beast started more than a decade ago which makes it one of the original tough sportives; and certainly the oldest sportive ride in Exmoor. It was a very tough bike ride back then and the weather made it even tougher in those early years. It continues to be tough – it’s a Beast!! This year’s routes was exciting and even more challenging than recent years. It was more »